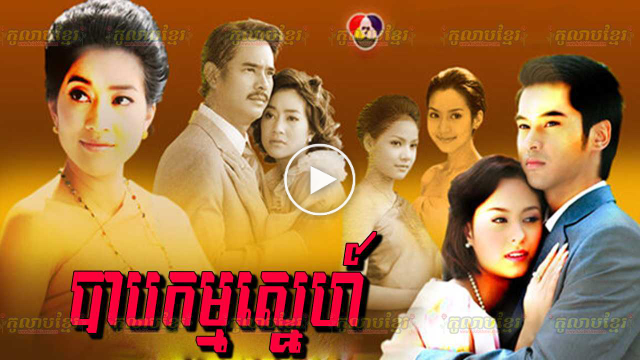 The 5th Reign, the year 1907 or the Rattanakosin period.
In the house of Praya Wisut. Praya Wisut was a handsome and rich man who owned many slaves. One of those slaves was Juawn, a girl of 18, who was the daughter of Som and Mee. Juawn was very beautiful, which caused uneasiness for Khun Raya, Praya Wisut’s main wife, because her husband was secretly fond of Juawn. Also because Khun Raya still did not have an heir for him. Khun Raya tried to prevent Juawn from working in the main house, making an excuse that because Juawn’s parents were old and sick, she should take care of them. Khun Raya gave Juawn money to take her parents to the doctor. Juawn was very thankful for Khun Raya’s kindness.
Beneath the kind mask, no one knew that Khun Raya hid an evilness inside. Khun Raya silently tried to get rid of Jauwn, through the hands of Tong Gliew, who was another of Praya Wisut’s wives. She knew that Tong Gliew was a jealous and hot headed woman. Khun Raya told Juawn that the money Juawn used was from Praya Wisut. Tong Gliew found out and was shaking from anger. She thought Praya Wisut desired Juawn so much that he would give her money. Juawn denied it but Tong Gliew didn’t listen. Khun Raya tried to calm Juawn down, telling her not to take someone like Tong Gliew seriously. Every day, Juawn became more and more faithful to Khun Raya.